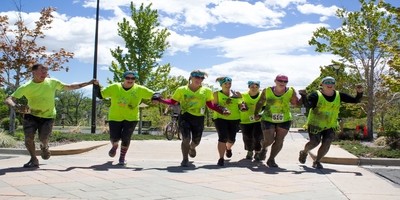 The Olympics are the world stage where elite athletes from across the globe put their differences aside to engage in astounding sporting achievement for just over two weeks. The Olympics are more than just sport. It’s about perseverance, cross-cultural understanding, determination to not give up, and the honor of participating even when the odds of a medal, much less a gold one, are slim. It’s about defeats and comebacks, and the joy of sport and competition over winning.

The Olympics are a source of inspiration for many, with stories of triumph, sacrifice, comebacks, and overcoming adversary to achieve on the global scale. Beyond the athletics, these lessons resonate with many, especially for those who work in team based companies. The Olympics are about bringing out the best in people, working together, understanding each other culturally, and having put in a high level of practice and dedication to reach a high level.

These are some of the lessons that teams can learn from the Olympics.

Bringing Out the Best in People – Human Potential

What does the elite athlete look like? Through practice and sacrifice they have continued to hone their craft. It doesn’t mean they’re perfect. They’ve suffered losses, gone through hardship, fought to comeback from near-insurmountable odds, and most likely at some point have been written off. In a successful team, the team is made up of different talents, skills, personalities, and abilities. Like the bobsled, the team relies on each member’s unique build or job to successfully navigate the course. In many of our team building activities, it takes the sum of each person’s talent to overcome the obstacles, whether that’s working to balance each other, communicate back and forth, or simply encourage someone to do their best. That’s what brings out the best in people.

At the heart of the Olympics are the varied cultures, the different countries, and even the places where you wouldn’t expect a winter sport to originate from (Looking at you, Bermuda). The Olympics are a place where different nations and different athletes of every age, belief, and ability put their differences aside to march together, support each other, not as competitors, but as fellow athletes, and learn about each other through experiences. The Olympics are unique in that athletes will put aside the country where they came from, or their cultural and political leanings, and work together to push each other towards a common goal. As each person learns differently, team building is about finding how someone has a different methodology towards a problem and then working to combine the methods into something coherent and different. Team building is about promoting people over anything else, and exploring what they can do rather than who they are.

The official Olympic creed says it all. It’s about showing up, not winning. For many teams, they need the minds, which are going to get them to a specific goal, and not trying to outdo each other to be the best. In the Olympics you’ll get to see athletes from different countries actively supporting each other, even though they’re in the same event. You’ll see younger athletes who are competing against some of their idols or heroes, and even though they don’t have as much of a chance of winning, they still are thrilled to be on the same stage. With showing up, participating, and giving all, it’s already a statement that’s been made, and most of the work has already been done.

Solutions rather than Problems – Optimal Performance

In the end, athletes choose to live in the solution, not the problem. They are working together not for individual glory, but to compete, understand each other better, learn from the best in their trade, and work together to help each other be their individual best. The Olympics help bring out the best in people; much like team building does, utilizing skills, the right mindset, a positive attitude, and the hope that they might walk away with something valuable. But in the end they’ve become a more solid team, and they’re working to improve every facet of their game, win or lose.